Home / How does the Moon affect our menstruation?

How does the Moon affect our menstruation?

According to Filippi, the frequency of the Moon inevitably influences the control of emotions, feelings, thoughts, and behaviors of each individual.

How does the moon affect our menstruation?

Since ancient times it was suspected that Luna was a star that influenced the mood of women. There was a special connection between the astral and vaginal bodies. Not for nothing did the name of the Goddess Selene come up. Unfortunately, little scientific knowledge exists in this regard.

According to the ancient philosophers, the Moon is powerful enough to influence the behavior of the deep sea and the harvest. For this reason, it was not surprising when it was believed that the Moon could also influence the life of the human body (mainly bodies with a vulva/vagina) as it is mainly composed of water.

The doctor and author of the somatic method, Mark Filippi, wrote there is an important connection between the phases of the Moon and the fluctuation of the four neurotransmitters of the human body (acetylcholine, serotonin, dopamine, and norepinephrine or noradrenaline). By this, we mean that as the phases of the Moon advance and the main neurotransmitters fluctuate, the hormones related to menstruation also change.

Filippi considers four to be an important number for the seasons of the year, lunar phases, quarter hours, basic elements of the planet, phases of respiration, and, yes, the menstrual cycle. This means that the menstrual cycle is linked to emotional cycles, which, in turn, are linked to the moon. In his words, “On earth, there are streams, rivers, and oceans. In human beings, there are channels and meridians. All of them with mutual influence. “ 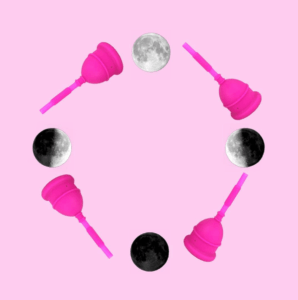 The frequency emanating from the Moon influences the menstrual cycle

For Filippi, the frequency of the Moon inevitably influences the control of emotions, feelings, thoughts, and behaviors of each individual. And inevitably in the four phases of the menstrual cycle. In Filippi’s words, “By observing the lunar calendar, it is possible to experience it in the body like an ancient internal clock.” So according to the four lunar phases, it influences the body’s calendar.

Discover: Why is it so important to remove your menstrual cup every 12 hours as a maximum?

In other words, while the levels of acetylcholine increase at the new moon and the first quarter, emotions become more intense and we are more inclined to seek group activities. We are more receptive to the emotional but with enough energy to start new projects, plant plants, propose new ideas and intentions to take advantage of the ascending energy. It is a stage related to the emotions and sensations associated with the menstruation phase.

Later, when the moon is in the first quarter and the full moon, the body increases serotonin levels. It is a stage in which the body has a lot of energy, mental concentration, and creativity. It is associated with the follicular phase since it is a phase in which it prepares for the maturity of the ovum that promotes mental concentration and creativity. It is a phase to take advantage of the lucidity of serotonin to regulate the mood and produce in areas of work and personal cultivation.

After, with the full moon and last quarter, influenced by the dopamine levels. During this phase, we can feel distracted, with cravings and a desire to feel pleasure, reward, and arousal as well as the need for emotional closeness. This dopamine-rich phase is closely related to the symptoms associated with the ovulation phase. It isn’t surprising that during this “fertility window”, we are seeking more enjoyable activities (for reproductive purposes) of self-care.

Finally, during the last quarter and new moon, norepinephrine levels rise causing a defensive state that we want to protect intrinsically. This is a time of much analysis, reflection, and care. Almost, we try to avoid spending too much energy to overcome the vulnerability of the ovulation phase. It is a stage that is associated with the luteal phase of the menstrual cycle.

It is inevitable to observe how the moon has a significant influence on the bodies of the Earth. Therefore, staying in connection with our mother star will allow us to be more aware of our emotions, feelings, thoughts, and behaviors. That is, in greater emotional education and empowerment for ourselves.

Get your own Eureka! Cup menstrual cup here! 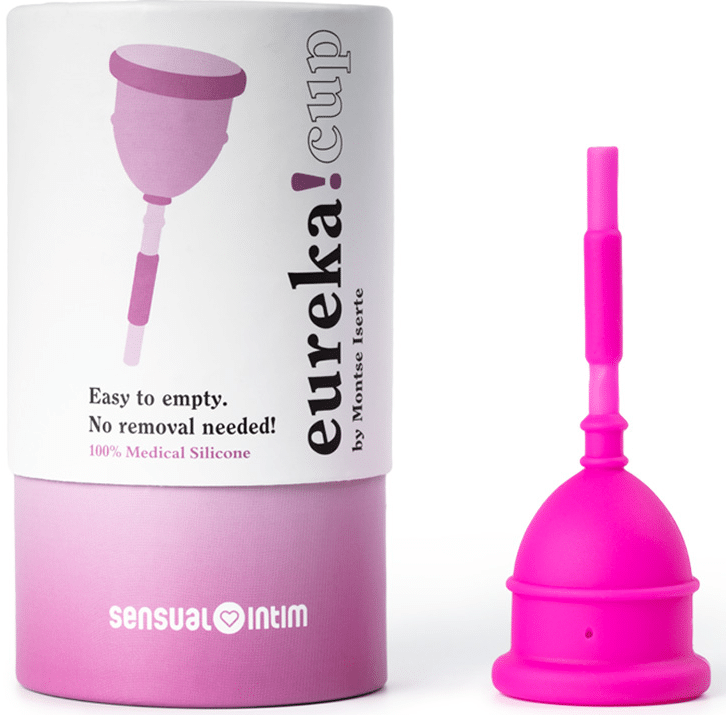